Wednesday July 22, 2020 at 09:30 a.m. – Khon Kaen University held an official ceremony on the auspicious occasion of His Majesty the King’s Birthday. In the ceremony, administrators led By Assoc. Prof. Charnchai Panthongviriyakul, M.D., President of KKU who presided over the ceremony along with his wife, Dr. Uanjit Panthongviriyakul, administrator, deans, directors of different faculties and institutes took an oath of allegiance. The ceremony took place at Sirikunakorn Room 3, Sirikunakorn Building, Khon Kaen University.

With reference to the Government’s stipulation of activities to honor and celebrate His Majesty the King’s Birthday Anniversary on July 28, 2020, the ceremony of oath allegiance is included and is to be arranged by governmental organizations as part of other activities for officials to maintain the virtue and goodness and to be the power of the land. In the ceremony, officials vowed that they are determined to be good officials, be the power behind the country, and, by following the path of HM the King, carry out the duty for happiness of the citizens and the country.

“I, Associate Professor Dr. Charnchai Panthongviriyakul, President of Khon Kaen University, on behalf of the administrators, professors, and staff members of Khon Kaen University, who are present here, am very pleased to pay respect and honor, to present our loyalty and take an oath of allegiance to maintain as good officials and the power of the land on the auspicious occasion of His Majesty the King’s Birthday Anniversary on July 28, 2020. We all are grateful towards His Majesty’s royal grace that has been empirical in the invaluable royal duties which have all been performed for the benefits of His Majesty’s citizens. His Majesty is in the heart of all Thai citizens, who are closely attached to the Royal Institution.

On this auspicious occasion, I request His Majesty’s permission to invite the administrators, professors, and staff members of Khon Kaen University to pray for the blessings from the Triple Gem and all that is holy for His Majesty King Maha Vajiralongkorn Phra Vajiraklaochaoyuhua, the Noble Grace, with long life, good health, happiness and far-reaching powers.”

The President then led all participants to take the oath of allegiance:

“I take this oath of allegiance to be in good conduct, to be a good government official and the power of the land. I will work with integrity following His Majesty’s path with dedication to solve the national and the people’s problems, will bring benefits to the country, and will lead my life by holding on to religious principles according to the approaches from His Majesty’s royal guidance.”

After the oath taking, the President and the others sang the Royal Anthem and the Glorification Song towards the King before bowing in respect.

The ceremony of oath of allegiance taking and signing of the officials and officers marks the honor towards His Majesty King Rama 10 on the occasion of His Majesty’s Birthday Anniversary on the 28th of July 2020. The ceremony is held alike all over the country during the period from July 25 – 28, 2020. The public is able to sign the oath of allegiance online at: https://web.ocsc.go.th/forking/ 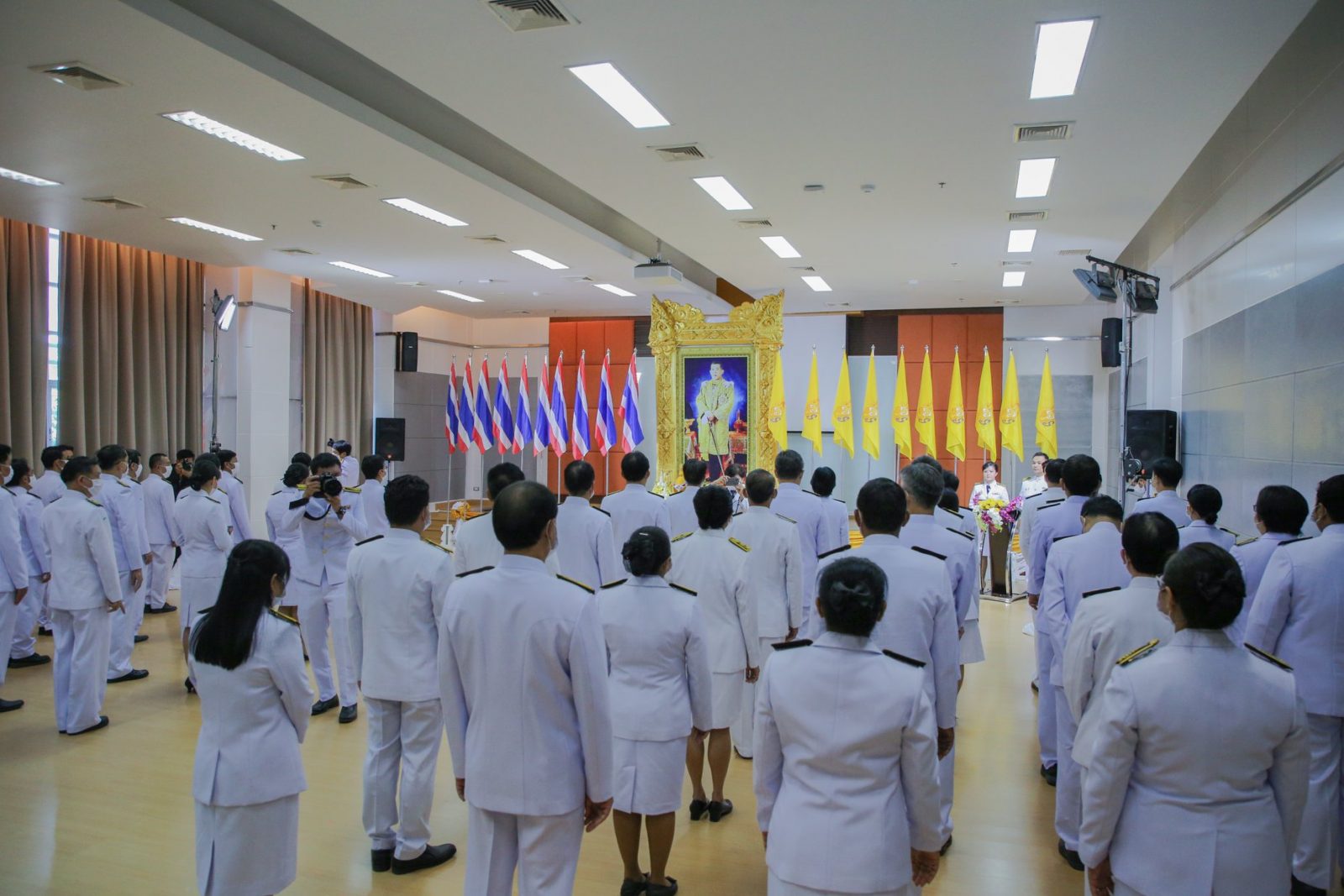