“Coach Berm”, a KKU teacher from the Faculty of Education, leads Cambodian tennis in SEA Games

On October 7-9, 2019, Cambodian Tennis Association invited Dr. Tanagorn Srichapan, a teacher from the faculty of Education, to join the meeting hosted by the association to discuss the plan for SEA Games competition that will take place from in The Philippines early December. Mr. Rithivit Thep, a secretary general of Cambodian Tennis Association, appointed Dr. Tanagorn as a coach leader to navigate the combodian tennis in SEA Games to be held in Manila between November 30 to December 11, 2019. Tanagorn was a former Thailand No. 1 tennis player and coach for Thai national team.  He accepted the invitation to coach the Cambodian team in the 30th SEA Game and his assignment starts on November 3rd. Tanagorn considers the offer as a chance for him to be a part of a tennis boom in Cambodia since more and more number of teenagers are attracted by sport.  Due to his past experience as a tennis coach for Thai national team, the new coach is confident that he will be able to help Cambodian team to find its strength and not be intimidated by the well-formed opponents in SEA Games.

“This is the first time for me as a coach for a foreign team. The reason that I accepted the invitation is the report of Mr. Rithivit which shows the country’s desire to make the sport grow bigger among younger negation. It should be good to be a part to advocate tennis to Cambodian young players. It will take some times for the sport to firmly land on the Cambodian ground. However, the future of tennis in this country is promising. Some of the national team players were raised abroad. Andrea Som, a female solo player who defeated the bronze medal in the 29th SEA Games, is an upcoming player in Cambodia. There are many new players who can help escalate the popularity of this sport in this country.”

There are 8 players from Cambodia attending SEA Games and the team is targeting for winning more than bronzes than the previous game. The team’s wish for winning the medals is rather moderate knowing higher potential of other rivals such as the players from Thailand, Indonesia, and the Philippines. Dr. Tanagorn hopes to see the Cambodian team play with confident against the stronger opponents. Due to his short time to coach the team, Tanagorn reveals that it is hard to change the team overall tennis skill. However, he is positive to equip the team with the in-game tactic which involve, the player’s psychology, attitude, and preparation prior actual competition.

“I don’t feel any pressure working in this position this is because Cambodian Tennis Association allows me to work on my pace for the position.  In addition, Cambodia is not a competitor of Thai National team. I am glad to be a part to make Cambodia better known in the region via the medium of tennis. I would like the Cambodian players to be proud as the national representatives. I am giving out my best attempt and ability for this task to help bring out optimal tennis skill of the Cambodian players.” Said, Coach Berm. 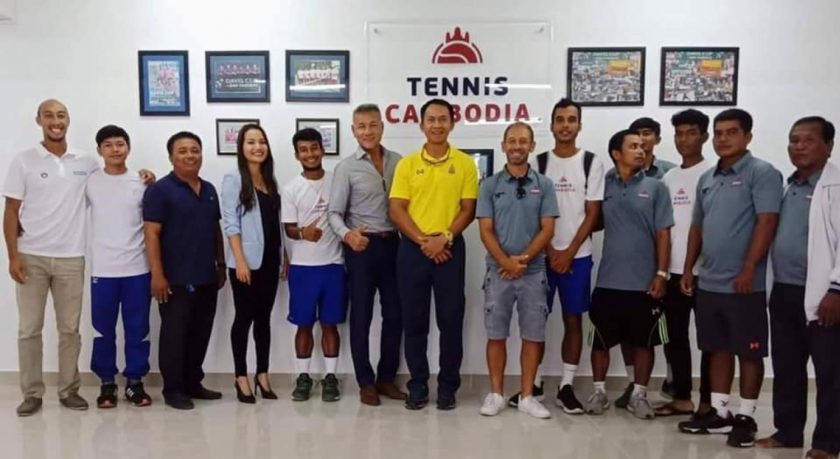 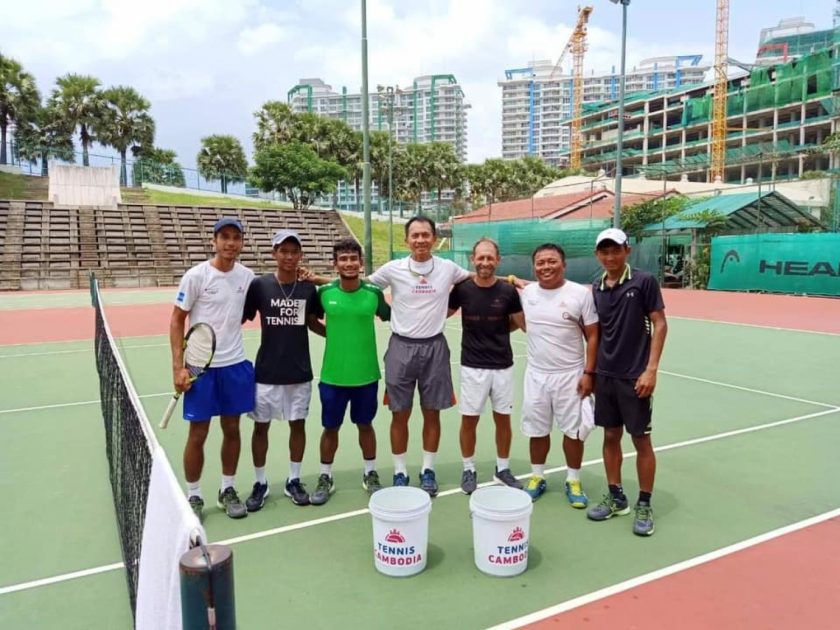 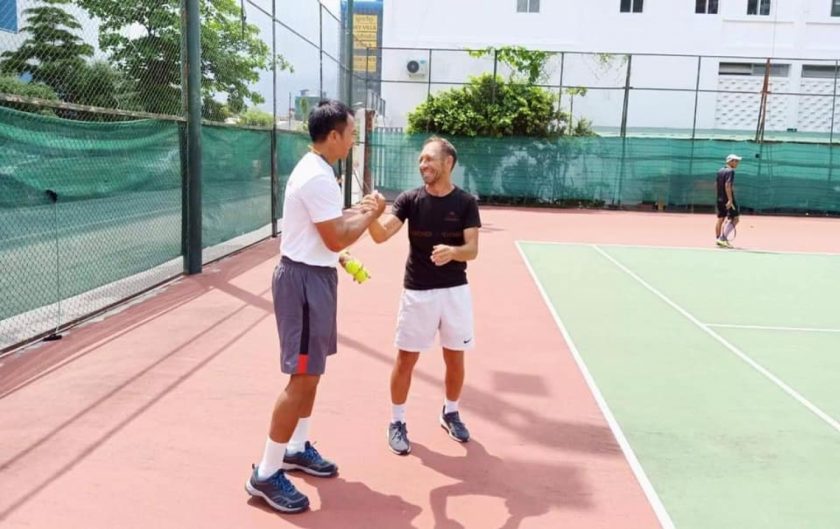 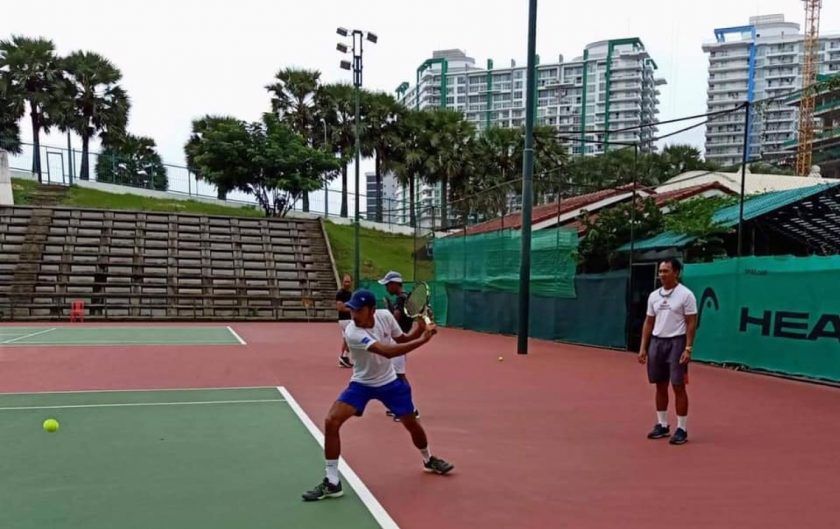 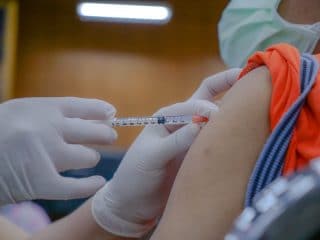 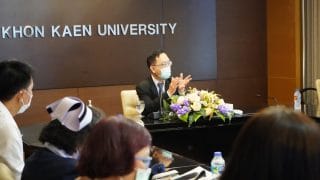 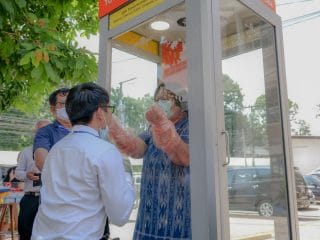