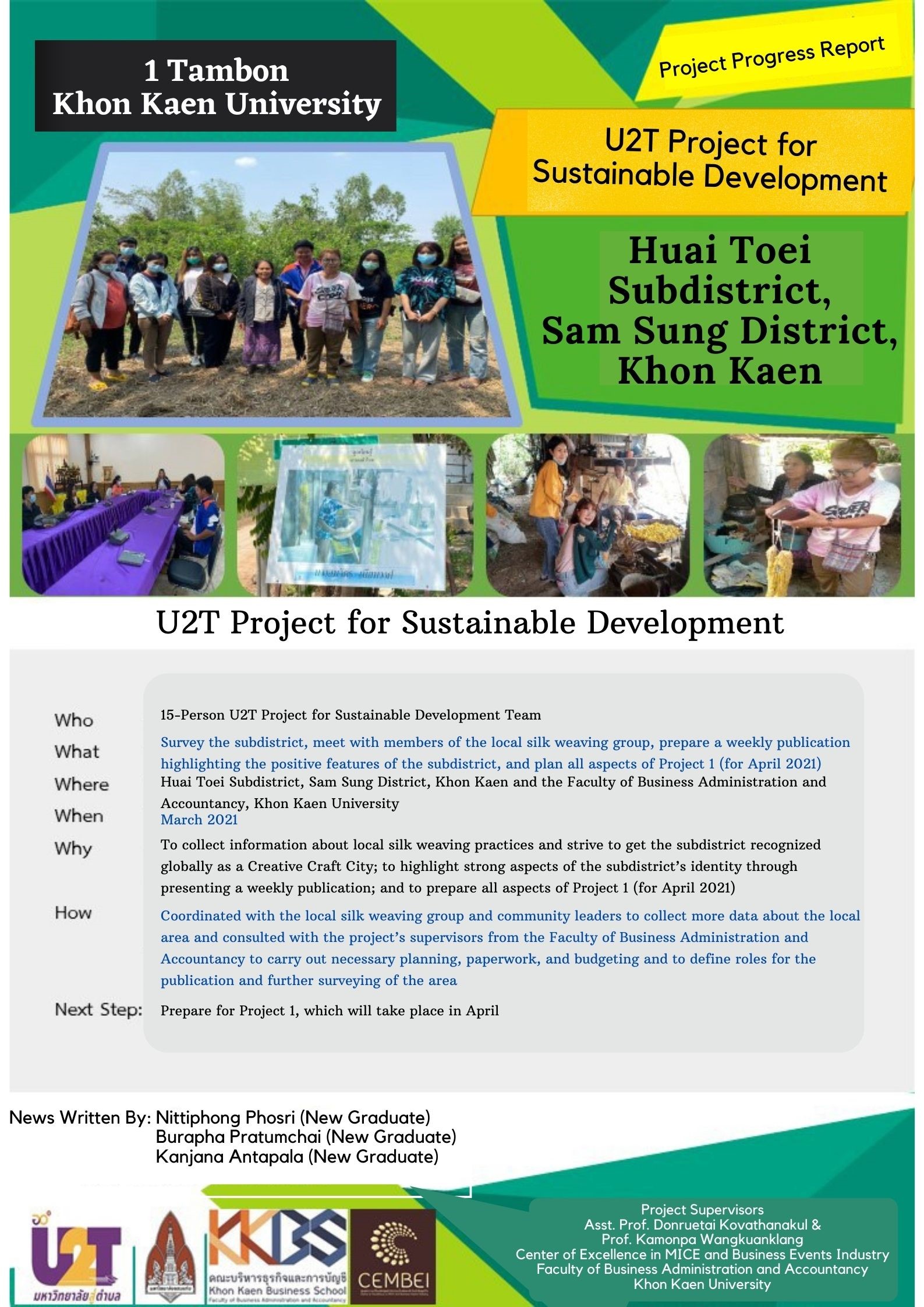 In response to policy aiming to ensure economic and social restoration of the country, universities are focused on rebuilding community-based economies, from creating jobs to developing community-based livelihoods so that communities can become self-reliant in line with the idea of a sufficiency economy. To achieve these aims, 60,000 students, recent graduates, and members of the public are being paid to carry out local work that builds further jobs, solves problems, and improves the local economy of each subdistrict. The 1-year project, under the name of “University to Tambon” or U2T, targets skill development that will create opportunities for new supplementary income in communities and management of “Community Big Data,” which can be used to further extend and develop the project. 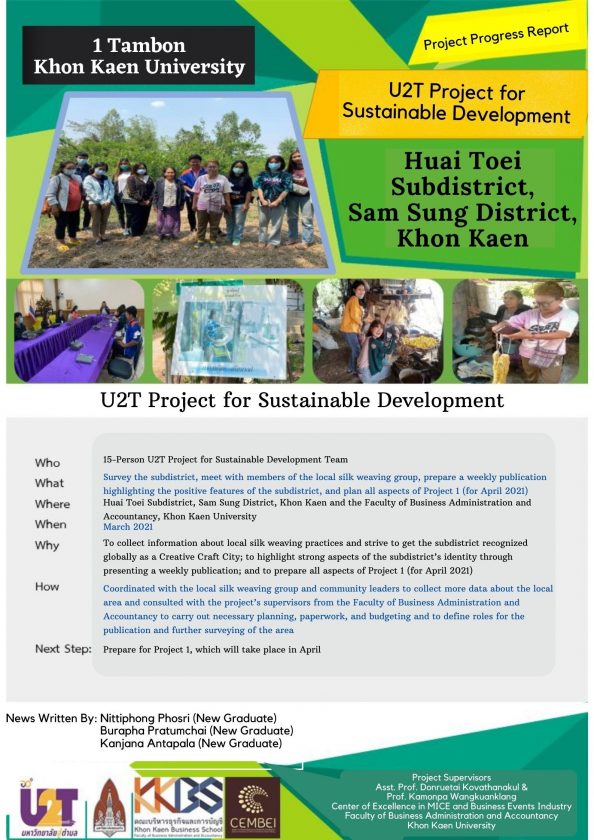 In Huai Toei Subdistrict, Sam Sung District, Khon Kaen, this project is being carried out by 15 recent graduates and overseen by Asst. Prof. Donruetai Kovathanakul and Prof. Kamonpa Wangkuanklang of KKU’s Center of Excellence in MICE and Business Events Industry under the Faculty of Business Administration and Accountancy. During the second week of the project, on 10 March 2021 from 8.30-16.00, the team went to Huai Toei Village to gather information from a silk weaving group in the community. Via this meeting and with help from community leaders, they put together a list of names in order to gather more information related to local weaving practices and to support the community in striving to be recognized globally as a Creative Craft City.

As for subsequent weeks of the project, meetings were held between the project supervisors and the team for planning and organizing, drafting a budget, carrying out related paperwork, and delegating tasks for the first phase of the project, which would take place in April 2021. The team also made plans to put together a weekly publication for the subdistrict.

By the fifth week of the project, from 29 March to 2 April, 2021, the team was in a place to carry out PR, presenting information about the project. They presented the news stories they had gathered highlighting positive aspects of the subdistrict’s identity. During this week, information was also collected for a database on the local products in the subdistrict, which will be applied toward further implementation of the project.